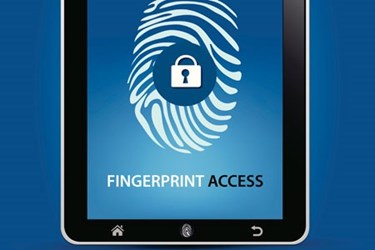 As data breaches and other intrusions multiply, businesses that deal in sensitive data on a daily basis are scrambling to find the most effective means of protection possible. And biometric technology to control access is gaining ground to help keep accounts secure.

More financial institutions are turning to biometric technology to enhance security and provide stronger customer experiences, according to American Banker. But are you wondering if your clients deploy these measures if their end user customers will adopt them?

“We did a massive survey past year, talking to consumers about digital banking,” Alistair Newton, an analyst at Gartner, told American Banker, “and many were not even aware their bank offered [Apple’s] Touch ID” logins. “There were also many consumers who were happy to do the extra step and type a username and password because it felt more secure to them. So even with the base stuff, like Touch ID, it’s certainly gaining momentum but still has a long way to go.”

Another survey, by the USAA, done in May, however, found a surprising number of seniors are among the early adopters of biometric authentication for mobile banking, as PYMNTS.com reported. The median age of the 400,000 USAA customers who have adopted biometrics is 35, and of the half above the medial, 15 percent are seniors over the age of 65.

USAA began offering face and voice recognition biometrics at the beginning of 2015, adding fingerprint authorization in April. The fact that older users embrace this technology actually is logical. Keith Gold, a communications consultant who formerly worked with IBM Banking and Financial Services Europe says as hearing, motor skills, and short-term memory fail, using a password or PIN, especially on the small screen of a mobile device, could be difficult.

Biometric technology isn’t just for mobile devices. In 2015, Citi launched a U.S. voice authentication option that allows its credit card holders to activate voice verification on calls to the bank. Approximately 250,000 customers have opted into the program to date. Ash Khan, Citi’s head of information security for global consumer banking, tells American Banker, voice authentication is a much better method of authentication than the typical game of “20 questions” required when calling in to a call center for authentication.

Other biometric options in the works include Citi’s collaboration with Diebold on iris-scanning ATMS, Eastern Bank’s rollout of a voice authentication initiative, and USAA’s program to allow customers to take “selfies” to log onto mobile banking.

As your IT clients consider which technologies to use to authenticate identify and help protect data, they should consider who their customers are and their preferences. A survey of millennials conducted by Mitek last year demonstrated that when it comes to identification via mobile devices, 61 percent preferred fingerprints, while almost a third said that they would use facial recognition James DeBello, CEO of Mitek, stated, “People, and millennials in particular, are tired of passwords and PINS and desirous of high-level security. When it comes to things like taking a selfie to authenticate yourself, and incorporating optics in other ways, millennials expect that. They are demanding it.”